The following short story was written for a contest on Reddit. The contest required one sentence for each letter of the alphabet, in order, but starting at any letter. I chose 'C' as my starting letter and wrapped around from Z back to A. 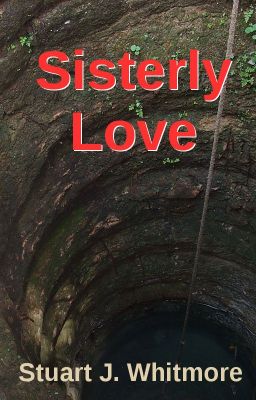 Carmen looked around to make sure nobody was near, trying to appear casual in case someone was watching. Deep in the cold, dark water of the well at her feet, her oldest and darkest secret awaited her attention. Earlier in the day, she had collected into her backpack a variety of items she would need to complete this chore. First in, as always, was the long tube that would give her a way to breath during the grisly task. Grisly it was indeed, and she loathed it, but it kept her alive, and it kept her secret safe.

How did it all begin? It made her shudder to even think of it, so she suppressed the memories of that evil day as best she could. Just once she considered disobeying the call to the well, but that once was enough, more than enough. Killing Cheryl seemed like such an easy answer at the time, so long ago it now seemed. Little could she have guessed how it would tie her to this well for the rest of her days. Move, she told herself; move and be done with it. Nobody needed to know, nobody would know, as long as she fulfilled her obligation.

Once finished securing her air line and rope as she had so many times before, Carmen powered on her submersible lantern and lowered herself into the well. Praying to a god she didn't believe in, she clamped her lips tightly over the plastic tube as her face dropped below the water's surface. Quick but not hasty, not careless, she reminded herself. Reaching out to the slimy stone walls of the well, she pushed herself down, down, down.

Sisterly love had nothing to do with it, this was the vile price she must pay to keep her wickedness hidden. The pale light of the lantern revealed the remains of Cheryl, bound to the wall at the bottom of the well. Unloading the freshly-killed animals and stolen human body parts from her pack, Carmen shoved the chunks of meat toward her sister's gaping mouth.

Vacant eye sockets glared left and right as Cheryl shook her head in rejection. White bone peeked out from rotting gaps of flesh. Xanthomatic tumors crowding her dead sister's eye sockets, nostrils, and mouth made her look even less human. Yellowed teeth snapped at Carmen as she felt a sudden tremor on her air line and rope. Zig-zagging as it descended, the rope brushing past her face confirmed her fears. After all these years, Cheryl would taste the meat she wanted most.

Blood mixed with the cold water at the bottom of the well, where no sunlight would ever reach.

If you enjoyed this story and would like to read something a bit longer, you can get my sci-fi short story "Wolf Block" for free through various sources. Like "Sisterly Love," "Wolf Block" was also written for a Reddit contest.