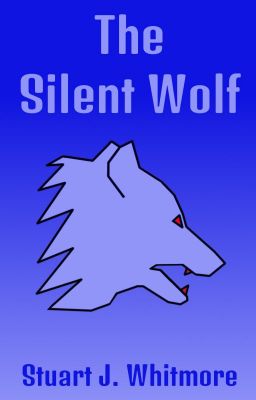 Barrumhan stood staring across the corridor that separated the prison cells, showing no reaction as the guard marched past. The prisoner across from him, Muerdal, met his stare. Each was alone in his cell, as were all of the other men in the cell block. Their expressions were blank, and they all stood in silence, staring across the corridor. Near each man's right temple was a tattoo of a wolf's head in profile, with no visible difference from one man's tattoo to the next. The guard would never hear a word from them, but the tattoos were more than mere inkings. In the silence of Wolf Block, an active conversation flowed on.

A prisoner named Jirit spoke up from his cell near the entry door. "She can't be trusted yet, but I think she deserves a chance." The other prisoners heard the same, while the guard heard nothing.

"Barrumhan," Muerdal replied from across the corridor, "you aren't exactly one to accuse others about emotions 'tainting judgement.' We understand your opposition to adopting Upholder Bunierti Kittran."

With discipline arising from long and intense training, Barrumhan prevented any visible reaction to Muerdal's comment. The matter of adopting an Upholder was serious, and he had strong negative feelings about this one, but nothing warranted even the slightest crack in their carefully-constructed façade. Almost subconsciously he noted that the young male guard was starting another stroll from the entry door to the far end of the corridor. "Not opposition," Barrumhan clarified, "as that would imply my decision was firm. Call it doubt."

"Death happens," Barrumhan snapped. "Alwhaan made her choice, whatever her reasoning. We can't protect those we are merely considering for adoption. Protection begins when we commit. We cannot proceed carelessly because maybe Upholder Kittran might do something to get herself killed."

"At this point," Muerdal spoke up, "we should know if you will let your doubts obstruct consideration of Upholder Kittran. If so, we will cease considering her. If not, we will ask that you share your objections when they are concrete enough to do so, but otherwise not interfere."

The guard glared at Barrumhan as he passed by again.

"I will not obstruct consideration of her," Barrumhan answered. "However, I want more discussion. Convince me she is worth the risk. We can't be swayed by personal appearances, personal resemblances."

"She reacted with sorrow. Shallow and uncertain, but not feigned," Jirit said. "Someone unworthy, such as our current guard, would have dismissed my comment reflexively. A shadow of contrition on the surface may hint at something deeper than even she realizes."

Barrumhan and the others acknowledged his choice, almost in unison. Dyrintsal held no particular power over the group, but as the one currently tracking meal events his behavior suggestions were never argued.

From the direction of the entry door, the prisoners could hear the arrival of the robotic meal delivery carts.

"Meal time!" the guard barked. As usual, the prisoners didn't react. The meal was delivered quickly, quietly, and with automated efficiency. Once all cells were served, the prisoners moved in unison to retrieve their food from the cell delivery interfaces. Food in hand, they moved to sit down facing the back walls of their cells to silently eat.

Barrumhan chewed through his rations quickly. "Efficiency," he said as he ate. "Efficient nutritional delivery to keep prisoners alive. That's all that matters. It seems like a minor cost of our assignment here, but I do look forward to real food again. Unless the façade breaks down, in which case their efficiency will involve disposing of us efficiently before we have a chance to taste real food again."

"I think, Barrumhan," Muerdal suggested after a moment, "that you're the most pessimistic among us about our ability to detect a threat in time to evacuate."

"Pessimism?" Barrumhan asked. "I call it healthy skepticism. We should assume that they can surprise us, rather than allow ourselves to lapse into complacency." Finished eating, he set his meal aside. The dissolution compounds were already breaking down the packaging and the crumbs he didn't bother to retrieve. "Complacency leads to sloppiness, sloppiness leads to not recognizing risks. Recall how quickly we began considering Upholder Kittran for adoption. Are we getting sloppy?"

There was a distinct lull in the conversation. Normally there was some sort of communication going on, even if just idle chatter, unless it was time to sleep. The silence this time became obvious and uncomfortable.

"It is something we need to admit is a possibility," Muerdal finally agreed. "We won't have many more chances to evaluate Upholder Kittran. In fact, she will likely not return at all unless we arrange it. When she is here, we may need to decide quickly, but until then we can complete more research. I believe Barrumhan is right that we cannot let ourselves become sloppy by assuming that we can mitigate risks, yet I agree with Jirit that Upholder Kittran is worth considering. Phoratt, what is the status of our interconnect?"

"Let us all continue to collect information, then, as long as Phoratt maintains a clean tap," Muerdal said. "Barrumhan, if we reach eighty-five percent confidence regarding Upholder Kittran, will that suffice?"

Barrumhan was silent for several moments. He knew in his heart that he did not want Upholder Kittran to be adopted, but he could not deny her on a logical basis. Not yet. He would be collecting information too, as Muerdal said. Unlike the others, he would be seeking specific reasons to deny her. If he could not hold them back, however, he had to acquiesce. "Yes," he replied slowly, "that will suffice."

Did you like this story? It is a spin-off from "Wolf Block."
Download your free copy of "Wolf Block" now!