Jack and the Pumpkin 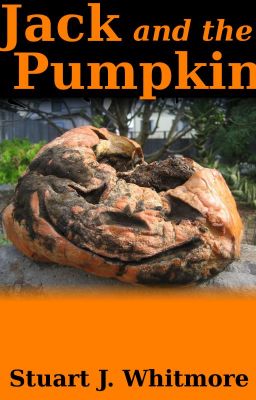 There once was a man named Jack. Jack had an old pumpkin. It had some dents and gashes in it, and it had some moldy spots. Otherwise, it was mostly in decent shape.

Meanwhile, friends and family and those waiting for Jack to pay them were pressuring him to get that pumpkin sold so he could move on to other things. "Other things" sounded smart to Jack. After all, the pumpkin wasn't selling. It just kept rotting more and more. So, he started doing some other things. A few of those things made a little money. He put that money toward his debts, but it wasn't enough. And there was that pumpkin, waiting to be sold but getting worse and worse.

"Have you tried farmers markets?" his family asked. "You've put the wrong price on it," his friends said. "No excuses, just go sell that pumpkin," said the people whom Jack owed money.

But Jack looked at the pumpkin and could see why nobody wanted to buy it. The mold was extensive. The value was almost gone.

"If nobody's buying it," his friends and family told him, "then you must be doing something wrong. Maybe you need to get some other pumpkins in the hope that they sell better."

Jack tried to protest. He told them that he wanted to do more of the other things that had brought in money, since selling the pumpkin had not. One person agreed with Jack and told him to quit wasting time trying to sell a pumpkin that nobody wanted. Everyone else said it was wrong way to think that way, and that Jack shouldn't have such a bad attitude about selling pumpkins.

"Try harder!" they pushed. "The market right now is great. People are buying lots of pumpkins! If you can't sell yours, you just haven't tried hard enough! Just go sell your pumpkin! Have you tried a farmers market?"

To this day Jack hasn't sold his pumpkin. He says there's nothing left of it to sell. Those close to him are sure he just needs to get over himself, have a better attitude, and sell that pumpkin the right way.